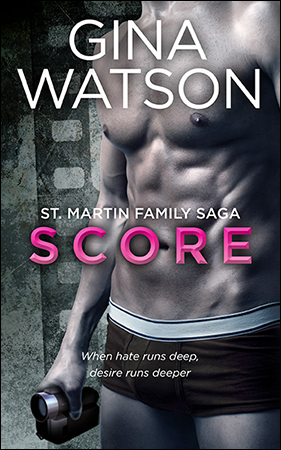 Exciting news about both the Whiskey Cove Series and St. Martin’s Family Saga

St. Martin Family Saga, Whiskey Cove Series, is getting an all new revamp full of never before published and extended scenes. Find out what happened the first time Cal met Chloe, lakeside when they were only five years old.

Missing the college years between Cash and Isa? You won’t be after reading their extended emotional and steamy scenes.

You may be interested to know there is something new going on with Cory. Something that prevents him from talking too much and being the womanizing, adultering asshat that you had come to know. You’ll like him better this way. As for Logan, his brewery is still going strong, but you’ll need to tune in to see the utter fiasco he makes of proposing to Jessie. Or, is it the other way around? Jessie definitely creates her fair share of disaster. Whew, it’s a wonder those two ever come together.

For more of what you love from the five smoking hot brothers and the women who bring them to their knees, be sure to sign up for my newsletter and follow me on social media. That way I can let you know when the warm, humid nights in Whisky Cove are back in reader hands.

I’ve just returned from Boston-Burlington Marriott where I attended the New England RWA Writer’s Conference. It was a busy time, but I met a lot of great authors and readers and drank way too many signature cocktails. Next year I plan to join the book signing and donate a book-themed basket to the auction. 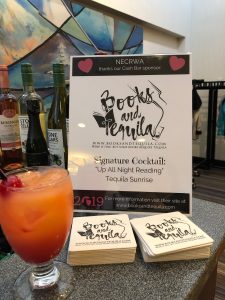 Hoping to score some snacks with this look. #grizz

#grizzlybearwatson enjoying the recliner and cozy

This is a cake that always turns out. #kahlua #cak