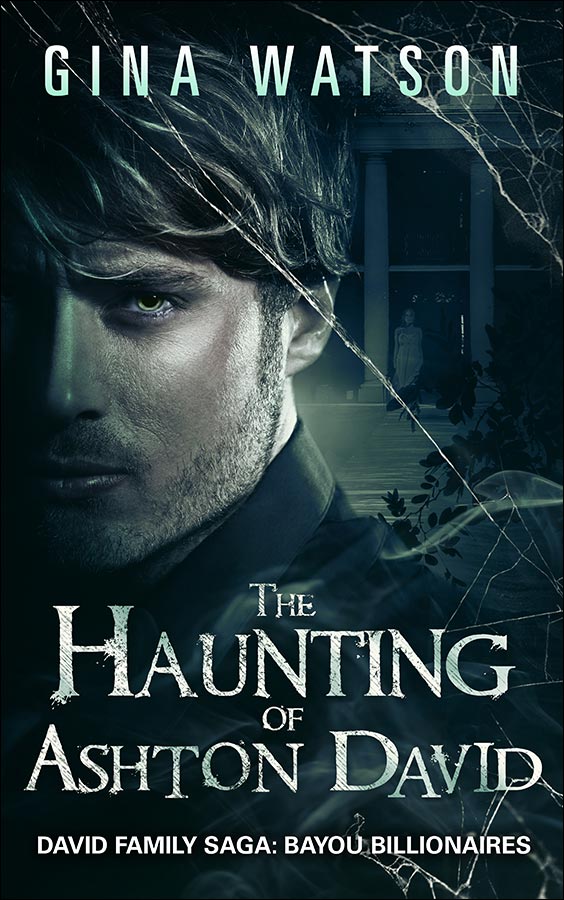 In one night he lost everything.

She lost the promise of their future.

Ashton David lives a tormented life. The Louisiana plantation that once belonged to his father and gleamed like a diamond now stands in ruin. It’s drafty, tattered, torn, and haunted. Ashton has tried to walk away many times, but something exists that pulls him back.

If she closes her eyes tight, Harmony can remember the Ashton who took her to junior prom. But it’s been over a decade and years of grief have left him unable to tolerate the sight of her. The love they shared is now crippled by heartbreak and despair.

Everyone in town knows Ashton is unlovable, but Harmony isn’t interested in what they have to say. She’s back, armed and educated, and she’s ready to take on the beast. But even angels become discouraged when left alone to fight demons.

Harmony’s spring break had started with a bang. After almost ten years of living in California she’d moved home to Baton Rouge. Last night, she’d gone to the David plantation with Everett. Had she thought her high school boyfriend would greet her with open arms? It had been a disaster. Not even time had gentled his reaction to her.

Spring temperatures were still comfortable since they’d had one of the coldest winters on record. As she combed Dancer she watched his legs twitch with need.

“I guess you wanna stretch your legs, huh?”

The horse whinnied in affirmation. She loved her childhood home with the riding stables and rolling green fields. Unfortunately, their land shared a fence line with Ashton David’s.

She draped a blanket over Dancer’s back and then attached an English style saddle.

“All right girl, I could go for a long stretch too. What do you say we clear our heads?”

Dancer’s head dipped down and caressed her shoulder. “You’re not fond of subtlety are you?”

Harmony gathered some pellet supplements that could be fed to Dancer during their break. She didn’t know how long they’d be gone, but those nutrients would tide her over for a while.

She seated herself in the saddle with the efficiency of a professional and signaled Dancer into a nice trot.

Knowing Dancer was itching to stretch her legs, Harmony warmed her into a cantor. When they were at the open and flat field Harmony signaled for a two-point gallop. Harmony assumed the position, hoping she was still in enough shape to carry it out. Standing in the stirrups she pitched slightly forward before signaling Dancer into a full-on gallop. Dancer took off with great speed, requiring detailed focus for its rider. Harmony knew she’d go for about a quarter mile sprint before slowing.

Back in a relaxed trot, Harmony surveyed the fields of Clark land. She was content to be moving back. For the most part the land was clear and flat, but a lot of it remained wooded. At the edge of the woods Harmony signaled Dancer into a walk. They approached cautiously, venturing deeper as twigs breaking under the weight of the horse and chirping cicadas lingered somewhere beneath the dense canopy of trees. Harmony knew these woods and was aware of where they led, and yet she kept moving forward, drawn by a spiritual connection—an invisible tether that could not be explained.

As the trees and brush began to thin horse and rider were upon the meadow separating Clark from David land. Spring was in the air and dozens of wild flower varieties lent their brush strokes to the canvas. Stepping from the forest and onto the open meadow Dancer whinnied, happy to be free from the dark clutches of the aged old oaks. Harmony dismounted and led Dancer along by the bridle.

She bent to pick one of each different flower in bloom to make a colorful bouquet. They walked until they were on the David side of the meadow, a smattering of old oaks led the way to a place that held half of her heart. Her pulse and breathing increased as she led the horse to the place that had once made her completely happy. A few more paces and the shadows cleared to reveal their cottage. That was when her breathing stopped altogether. It wasn’t the cottage she’d remembered. No, this cottage had been vandalized. Windows lay broken. The small curved door was ajar, inviting any and all forest creatures and insects to seek refuge inside. The flowerbeds that surrounded the little house had been burned, the resulting blackness symbolizing the neglected state of the house and their relationship.

Harmony fell to her knees and clutched at the burning pain in her chest. If half of her heart were in there then it had been broken beyond repair. In that moment, on her knees in the dirt, Harmony made a promise to herself that she’d restore the cottage to its previous state. She had no choice—the little house, directly across from the meadow, held her memories and cradled her heart.

She stood and tethered Dancer to a tree. Harmony approached the inside with caution. It was dank and moldy from weather, but she didn’t see any signs of rot or other destruction to the inside. Leaning against the fireplace were a shop broom and shovel. Both were covered in soot, but so was the floor. She took the broom and started the restoration process she would refer to as: Operation French Riviera, for this was the theme of the junior prom he’d taken her to, and then they’d spent the night together in this little cottage where she fell in love with him all over again.

As she swept out leaves and mud and twigs the floor began to come into view. That’s when she noticed the blue rug with white lilies. She leaned the broom against the wall and tugged the rug out the front door—the door that she’d dubbed the hobbit door because of its size and the arched top.

On the lawn her heart leapt to her throat. It was their rug. The one they’d lain on and watched movies and played games and ate junk. It was damp and covered in mud, but she recognized it all the same. She pulled it over to a faucet that had a hose attached. When she turned the spigot water sprayed all along the rotted out hose, but she didn’t care how wet she got. She aimed the bulk of the water at the rug and sprayed, watching the mud melt away like an impressionist painting.

The rug was sopping, but her plan was to return with an industrial ATV and retrieve the wool rug. She’d have it professionally restored.

The sound of his cries and moans immediately chilled her skin. He was near enough that she could hear him, but only faintly. However, even the low sound waves carried his pain with them. The sounds wrapped around her, suffocating, and robbing her of all goodness, leaving her somber and blue. The waves guided her like a beacon to the other side. She diligently followed, drawn to the agonizing sounds like a moth to a flame. Winding round and round through another forested maze she followed the curls of his torment. This forest she knew led to the back of the plantation. As she moved forward the sounds grew louder and more anguished. She was desperate to get to him and guide him through the darkness and into the light.