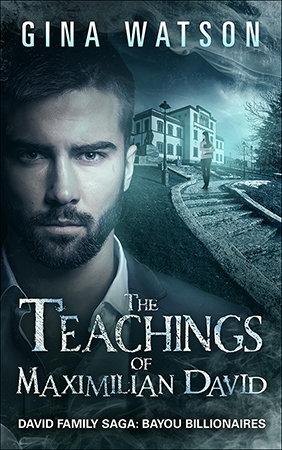 He’s ignored her for years, but then she wasn’t wearing…that…black…dress.

Max can’t be bothered with trivial matters like getting the name of his unglamorous little office assistant correct. He’s the vice president of the largest university in Louisiana. Just last week he secured donations totaling over ten million dollars. When the VIPs come to town they come ready to play, and Max is always most accommodating. Surely his student assistant can overlook his mispronunciation of her name.

Cara’s boss is an über ass. In fact, Cara has nicknamed him Professor Maximilian von Doodoo. His preference is to be called Vice President David, pronounced Dah-veed, but she just can’t see calling him by his preferred status quo when he can’t even recall that her name is Cara not Clara. However, Cara has a few tricks up her sleeve and is prepared to teach this professor a lesson.

The teacher becomes the student in this contemporary novella.

Max awoke at five-thirty to the light strains of Balmorhea. Just as it did every morning, his Jura Giga 5 fully-automated espresso maker brewed a rich, crema-topped shot of espresso. He angled his feet over the side of the bed, stood, stretched, and then walked in the nude to retrieve the nectar of gods from the built-in coffee station in his bedroom.

Sipping the smoky, rich, and chocolaty espresso, he dropped down to the floor and started in on the arduous task of completing one thousand crunches.

At crunch number two fifty he took a break to finish off his coffee. He completed his morning abdominal obsession, and then dressed in his running attire, donning his new cross trainers in the process. One of his favorite things in life was a new running shoe. Hence, he purchased a new pair every month. Once dressed, he was off down the hall to access the back stairs, jogging swiftly down.

On the back patio he completed a sequence of runner’s stretches, inhaled deeply, and then took off toward the bayou. He enjoyed waking before most. On days when he was unable to complete a bayou jog he was most pissy.

The city had graded the area around Pease Bayou, which ran for miles. The city had put to good use the money the David family had donated for the sole purpose of outfitting the space with a running track. The bayou had several crossover areas that could extend a jogger’s mileage from three miles to over fifteen miles. Most days Max ran a large rectangle that logged him about eight miles. He could run the circuit in just under an hour. He’d been faster in high school, but he had to admit he wasn’t really pushing himself. He only sought to clear his mind and stay conditioned.

As he ran, he nodded politely to the usual diehards he met regularly on the dirt and gravel path. He searched for the blonde, but she didn’t seem to be on the track today and wasn’t that a shame? She had a great running stride and he would be willing to bet money she’d keep pace with him. Whenever he got the chance he ran a little behind her and to the left. The effect was spectacular—her full breasts bounced with every foot strike and her entire chest heaved as she sought more oxygen. Watching her tight, full ass absorb the impact was as close to heaven as he’d ever get. He hated to admit it, but he was extremely disappointed at not finding her out in the early morning southern Louisiana air.

At three minutes to seven, Max was jogging back onto his property. He hit the kitchen and grabbed a Greek yogurt, blueberries, honey, and granola. To the white Raynaud Cristobal porcelain bowl he added equal amounts of yogurt and blueberries, topping it with a tablespoon of honey and granola. He carried the concoction up the stairs and to his bedroom.

With the spoon in his mouth he froze.

At the sultry, come hither voice, Max swallowed the yogurt in his mouth. “Madeline.”

“I’m sitting for Gabe, but he’s mixing colors so I had to find something to occupy my time while I wait.”

Max cocked a brow at her innuendo. This could work. Actually, he was already hard as stone as he watched her pull the white plush robe apart and let it fall to the floor.

He sat with his hip against the dresser and continued to eat his yogurt. Madeline turned, displaying her backside to him. She turned her head to look back over her shoulder at him. “What do you think, Max?”

Got the Steinbach nutcracker out. #nutcracker #chr